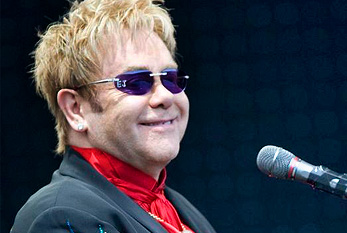 English rock singer-songwriter Elton John is in on April 22, 2017 at 20:00 clock. In his career John has sold more than 250 million records, making him one of the most successful artists of all time. His single "Candle in the Wind 1997" has sold over 33 million copies worldwide, and is the best selling single in Billboard history.